This summer we had the chance to spend some time in Europe. One of our stopping points was Munich. Needless to say, we relished the opportunity to play in BMW’s playground. As you will read, we are massive car enthusiasts, so you can imagine our excitement in visiting BMW’s heartland! We were like kids in a candy shop ogling and drooling at the new toys, new cars, and the latest and greatest. 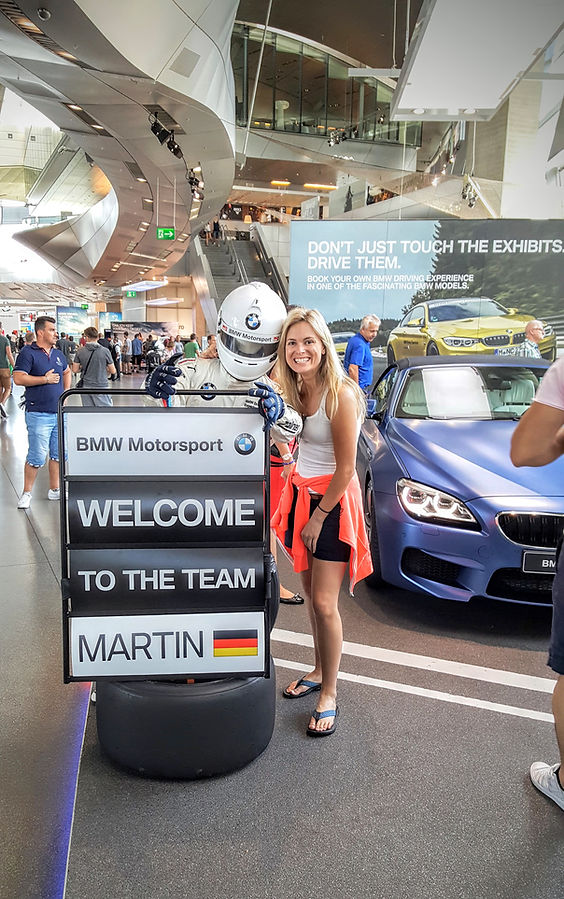 For those that don’t know, let me educate with a brief history lesson on both myself and Chris. I have ALWAYS had a passion for cars. There is something so sexy about cars, the lines, the power, the way they make you feel…if you are a car person, you know what I mean and how I am feeling even typing this. Let’s put it this way, when my family went to buy a car, they took me, the cute little blonde versus one of my 3 brothers. I knew more about the cars than the sales person. Chris has been around the car world his entire life. His father had a dealership, and Chris followed suit. He worked at a Ford dealership; shortly thereafter he was recruited to run a Cadillac store. Once again, he was highly pursued to open and own his own Infiniti dealership. Pretty much, we love nice luxurious cars!

As I stated in our very 1st meeting/article, I NEVER want anyone to be that person that is simply nodding along and having absolutely no idea what is going on and all kinds of confused. I want to start with the basics of BMW and then dive into why they are so successful. I think we all can learn something from them.

I am sometimes shocked how many people “claim” to be car people yet think BMW is only a car company. This is false. Not only that, they didn’t even begin in the car industry, rather the aviation field (their logo is believed to shows this). Yes I am a wealth of useless knowledge. Actually there is some controversy in this history when one car enthusiast dove into “true” history.

Fact: The blue and white is from the Bavarian Flag.
Fact: The circular blue and white BMW logo or roundel evolved from the circular Rapp Motorenwerke company logo.
Fact: Logo says BMW.
Fact: The logo was first used in a BMW advertisement in 1929, twelve years after the emblem was created—but this is not the origin of the logo itself.
Up for debate apparently: Logo represents movement of an aircraft propeller with the white blades cutting through a blue sky. Really how does it not represent this? In the words of Chris Carter, “C’mon Man!”

Check out BMW’s video if you want to hear more about the logo’s history.

BMW (Bavarian Motor Works) was founded in March of 1916. It took over Rapp Motorenwerke aircraft during WW1 (1917). After the War (1918), the Treaty of Versailles forced BMW to cease aircraft engine production. The first SIGNIFICANT aircraft engine was the BMW IIIa (1918). 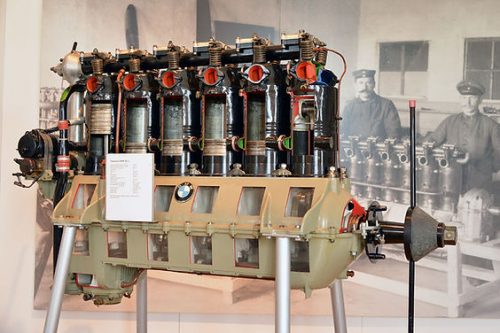 This is when BMW dove into motorcycle production. In 1923, they unveiled the R32. 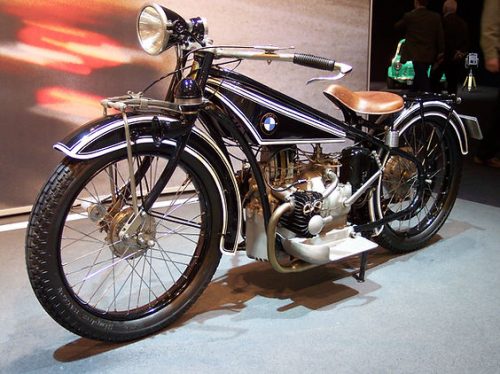 It was not until 1928-1929 that they started producing automobiles. The first car was the Dixi. It was called the best small car in the market. 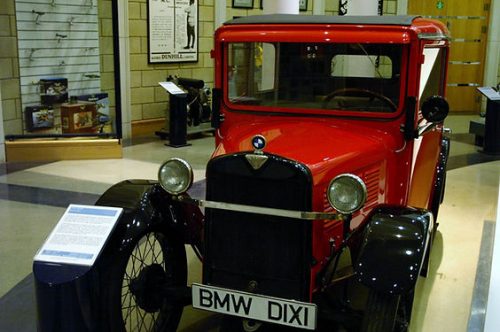 In 1927 (after the ban), 1 out of 3 flight records belonged to BMW engines. In case you are wondering, yes they were the engine for the around the world trip in a flying boat! Needless to say, from day one BMW was setting the bar high and break record after record.

In 1994, BMW bought Rover Group. This Group included. They owned it for 6 years. If you remember, Rover had huge losses. Consequently, BWM sold it BUT retained rights to build the new Mini, which was launched in 2001. Did I also mention BMW is the parent company of Rolls-Royce?

Aside from making wise acquisitions, what else make BMW successful? They have one or three of everything. Look at their product line, they have a vehicle for every situation. Hands down, they better job than maybe any of their competitors. Do you wants a small car? Great! How does a 2 or 3 Series work for you? You want it Electric? i3, done! Oh, you want an Electric SEXY Beast?! i8 will turn more heads than Kim Kardashian-West’s latest butt selfie. You need a smooth SUV. They have more choices than your local Froyo shop! X1, X3, X4, X5, and X6. Then just when their line wasn’t sexy and fast enough, they hit you with the M Series, or as I like to call it, the MMMMM Series! Bottom line, they stay ahead of the competition. They know the public needs options. Not 1 SUV and 1 Sedan but multiple looks at each. Then they know how to market each. We all know their tag lines and the friendly blue and white rounded emblem that has stayed tried and true for over a century.

If you ever receive the opportunity to visit BMW’s plant, I highly suggest you seize the opportunity! It will be well worth your time. For your information, there are a couple of main areas: The Tower, Museum, and Welt. The BMW Tower was built to look like a 4-cylinder car engine with the Museum representing the cylinder head. 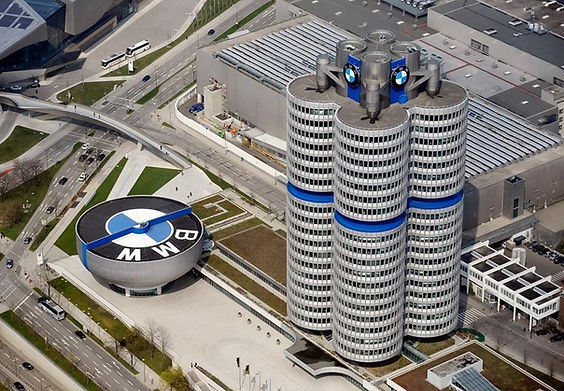 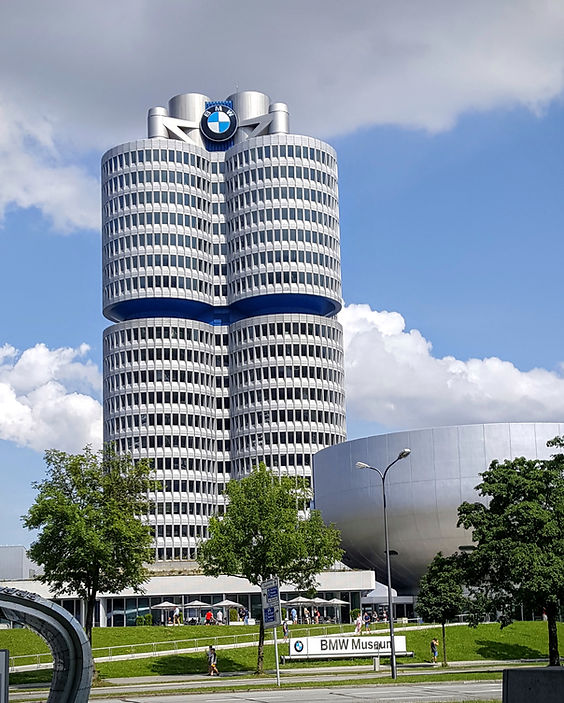 BMW Welt (“World” in English) and BMW Museum: The Museum is located right next to the tower. The Welt is across the street. The Welt is FREE admission. The Museum is 10 Euros (about $11.21) The Welt houses all the cars and motorcycles there. You can spend a good chunk of time. Also the Welt has a cafe.

One of my sources was this video. Please, feel free to check out if you want to know more about BMW’s history. I also referred to good old Wikipedia to clarify some dates.